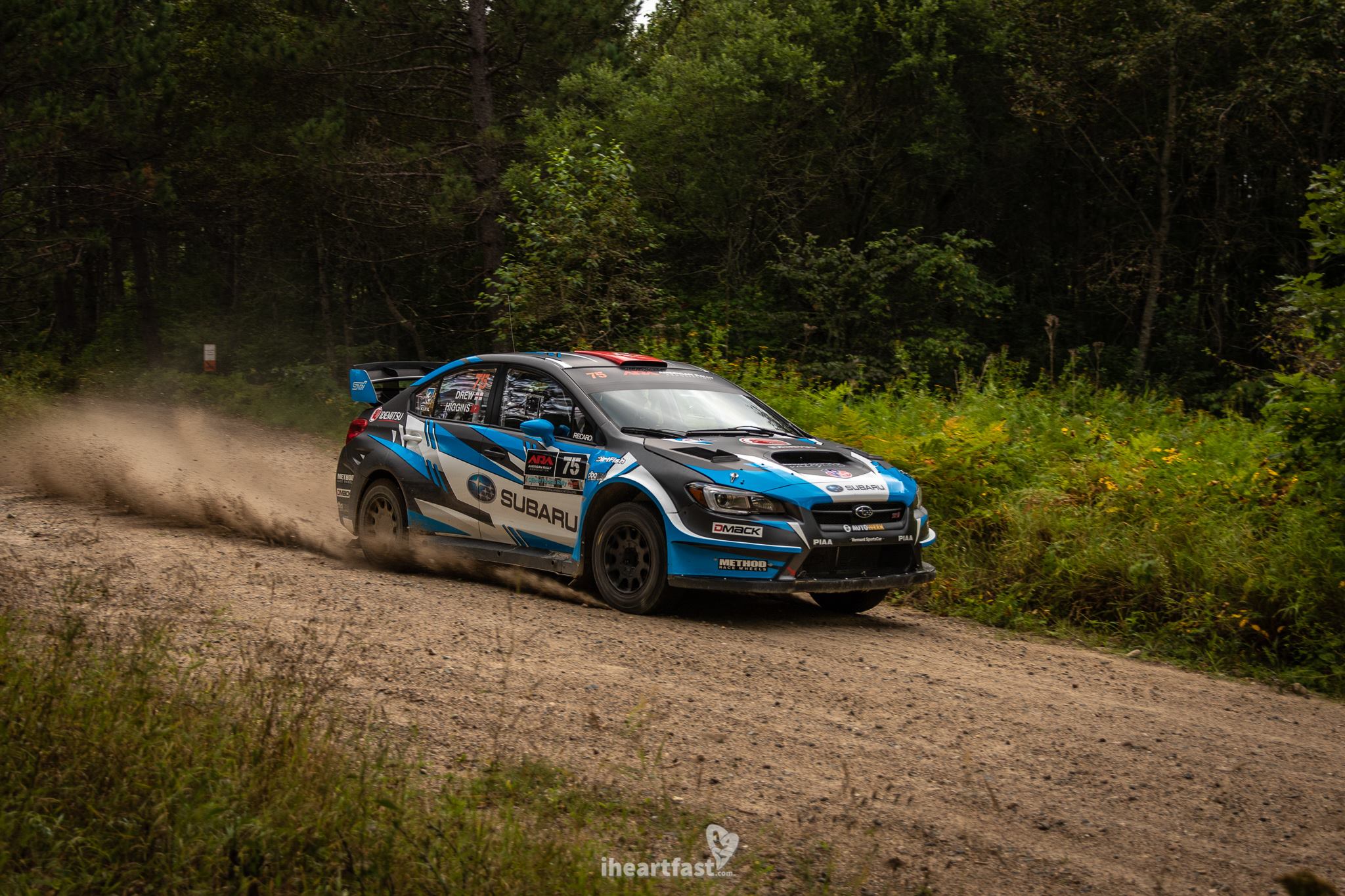 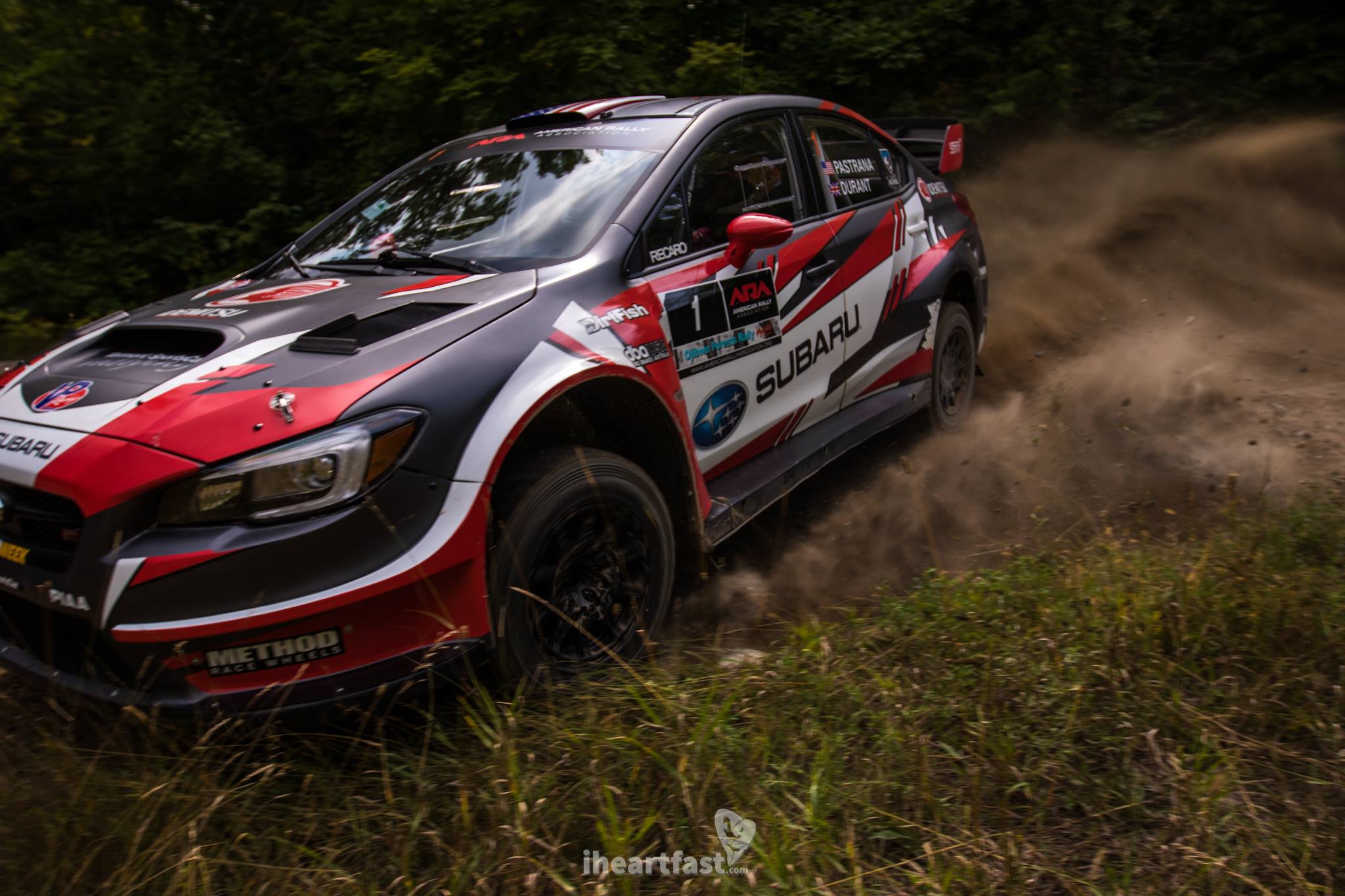 As rally week got underway concerns of dust hung in the air. The area had received way below average rainfall and with only a slight chance of rain before the rally, it seemed almost certain it was going to be a dusty one. The night before the first day of the rally, rain moved through the area and changed everything. The roads went from dust to a bit slippy and maybe even more important the fairgrounds, where the first stage of the rally was to take place turned VERY slippy. This would change the entire scope of the rally. The first car out, Travis Pastrana, starting just his second stage rally of the year, slid into a concrete barrier on the first turn of the rally, damaging his Subaru Rally Team car and causing him to retire from the rest of the stages of the first day of the rally. The stage would also claim the car of Travis Nease, as he also slid into a barrier damaging the front of his DirtFish Subaru. 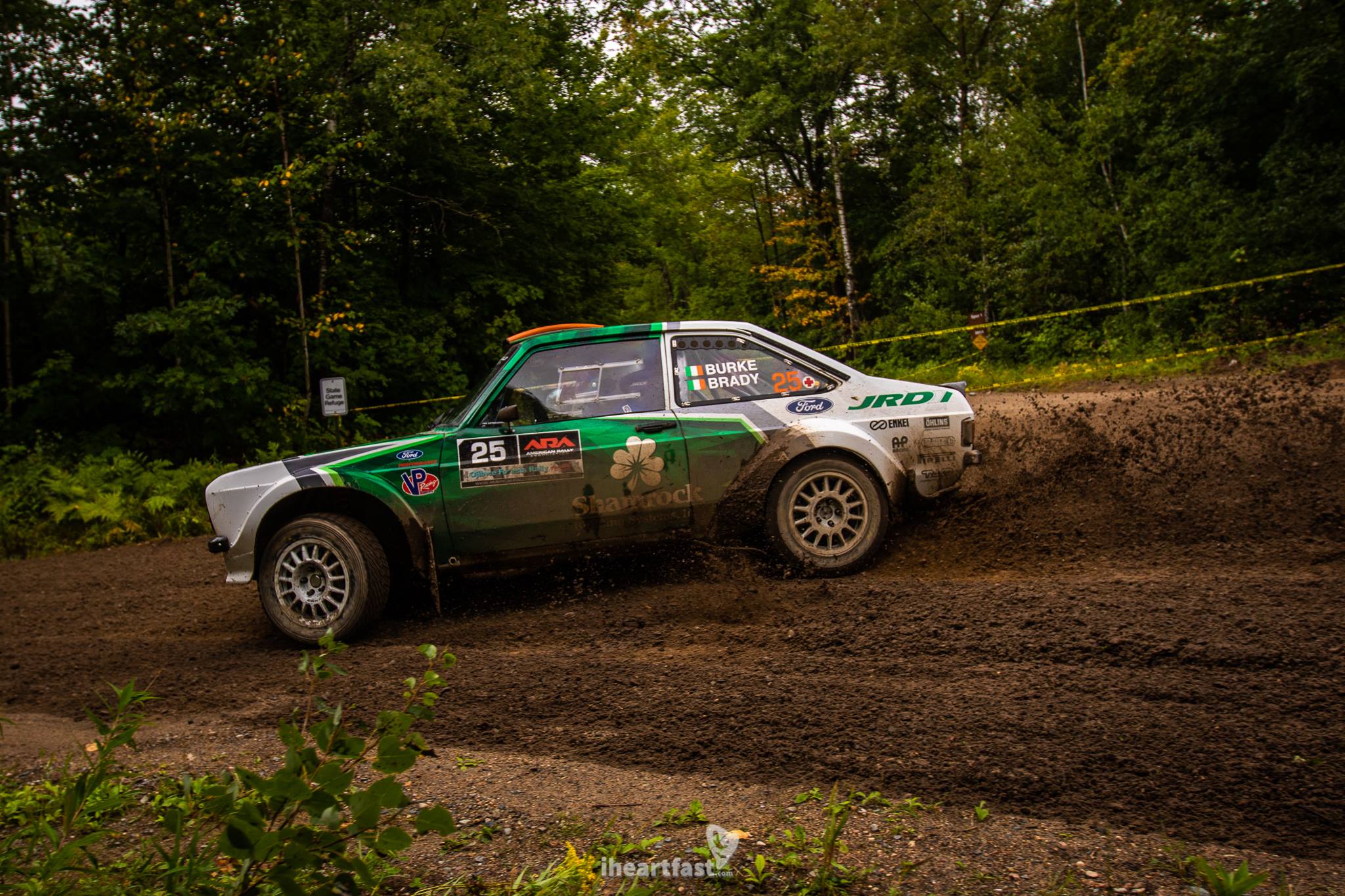 Rain began to fall again as I arrived to my spot on stage 2. As the rain fell harder the roads quickly turned to mud. The rain stopped just as the stage was beginning, luckily for me as I was tired of getting rained on and the roads had become plenty slippy. 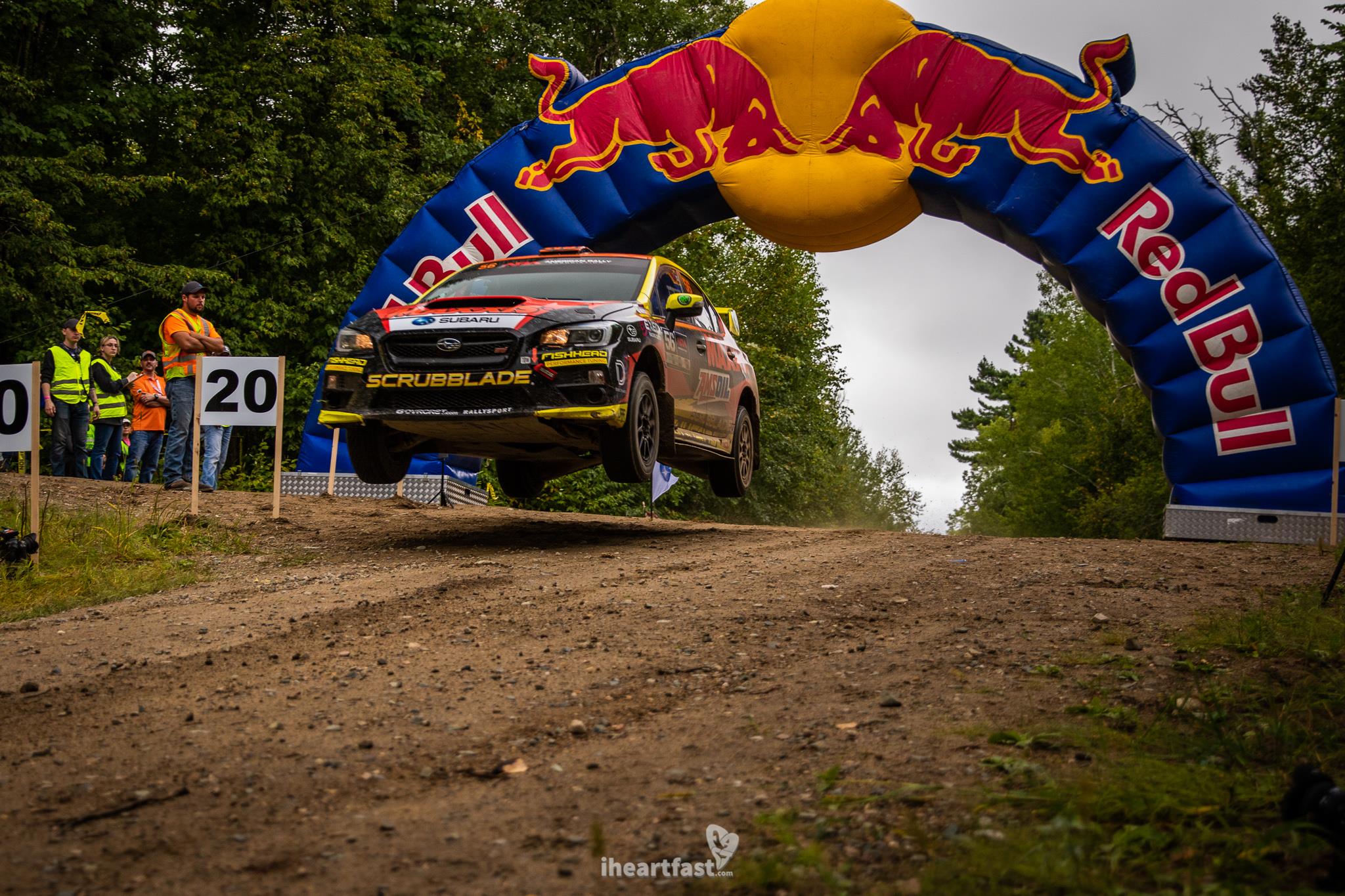 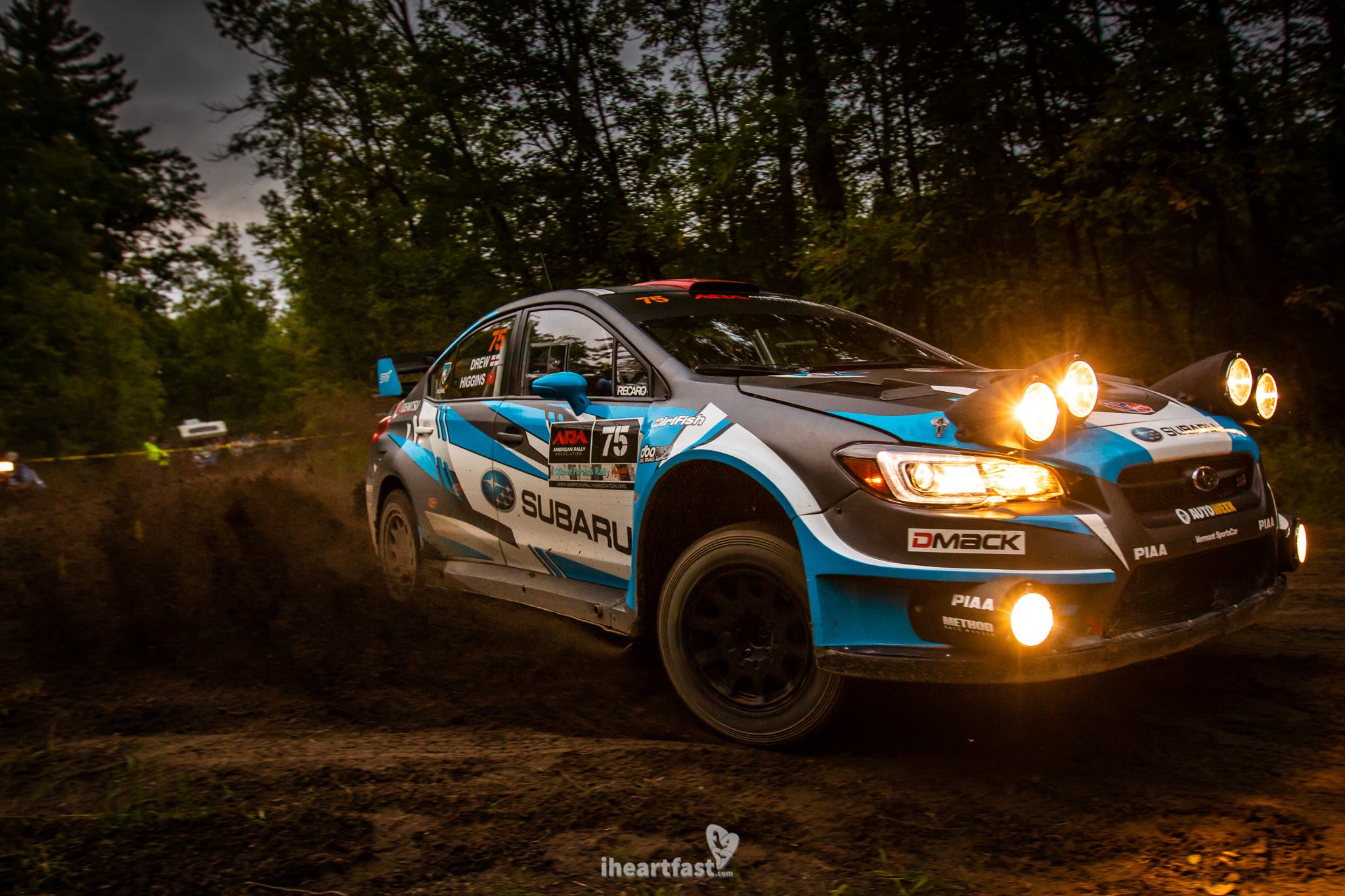 As night set in, David Higgins and Craig Drew cemented their rally lead taking a nearly one minute lead over Bouffier, who was showing impressive pace in his attempts to keep up with the Subaru. 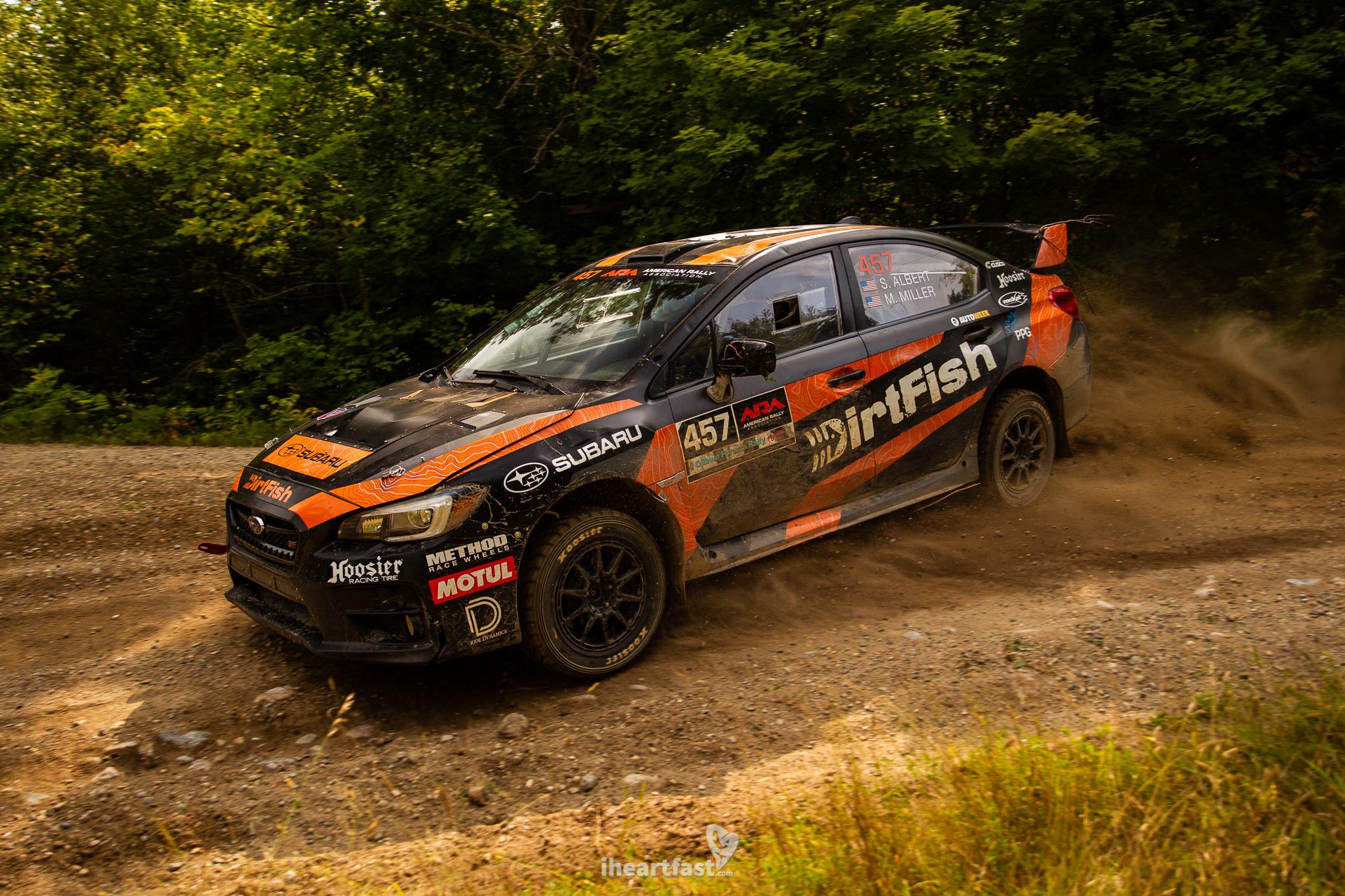 Unfortunately the day had not claimed all of it’s casualties. On the fourth stage of the rally the Subaru of Sam Albert and Michelle Miller would lose brakes and roll. The crews were in for a busy night to get the cars back on the road to return for competition on Saturday under Super Rally rules. 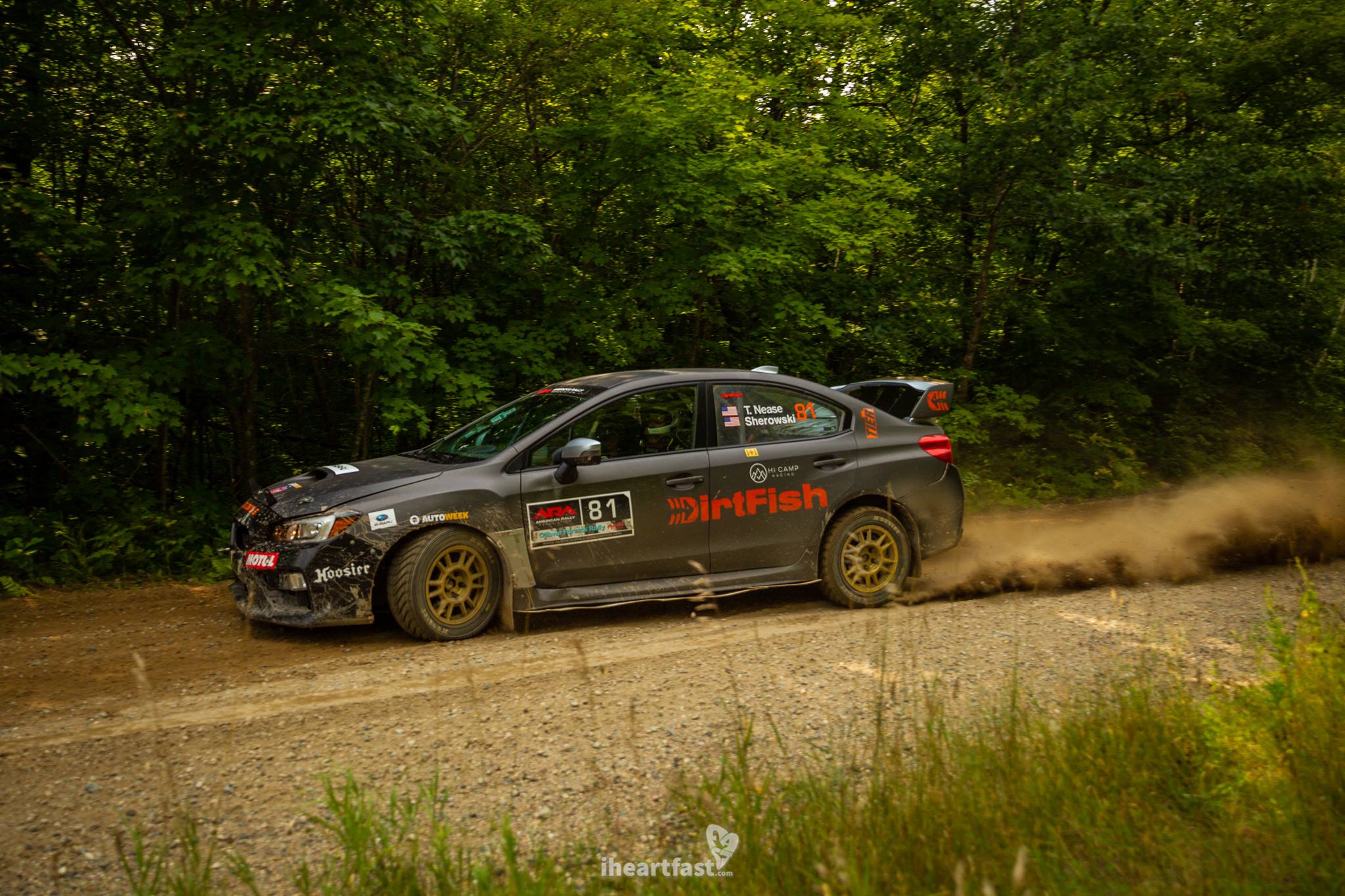 The DirtFish and SRTUSA teams worked their magic throughout the dark hours of the night and the cars of Nease, Albert and Pastrana were patched back together to return to Saturday’s stages. 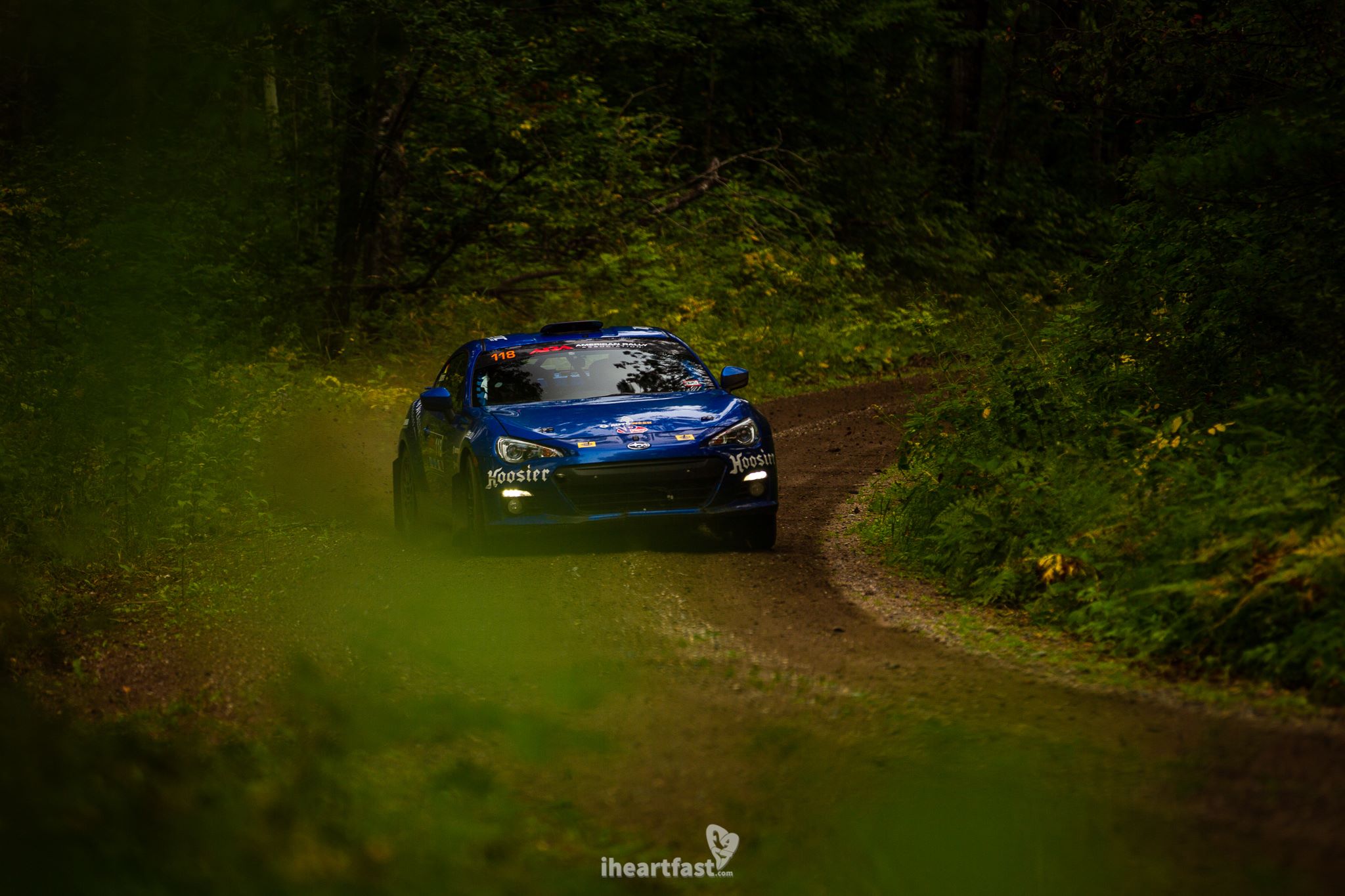 Much of the second day’s stages wound through the deep dark Minnesota forest that encroached on the narrow roads running through them. 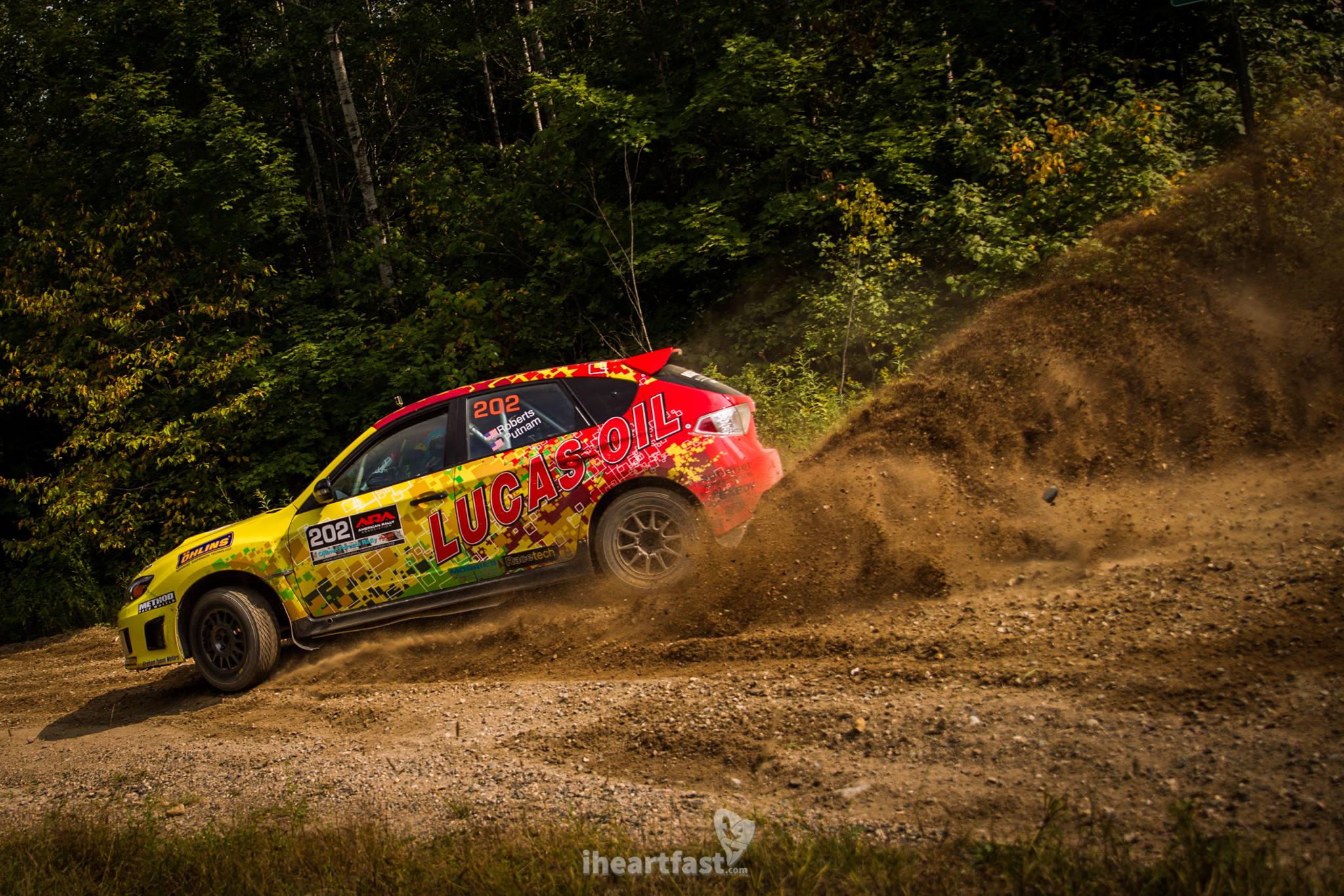 After being plagued by an exhaust leak on the first day of his return to stage rally after a 2 year hiatus, Nick Roberts began to return to form. 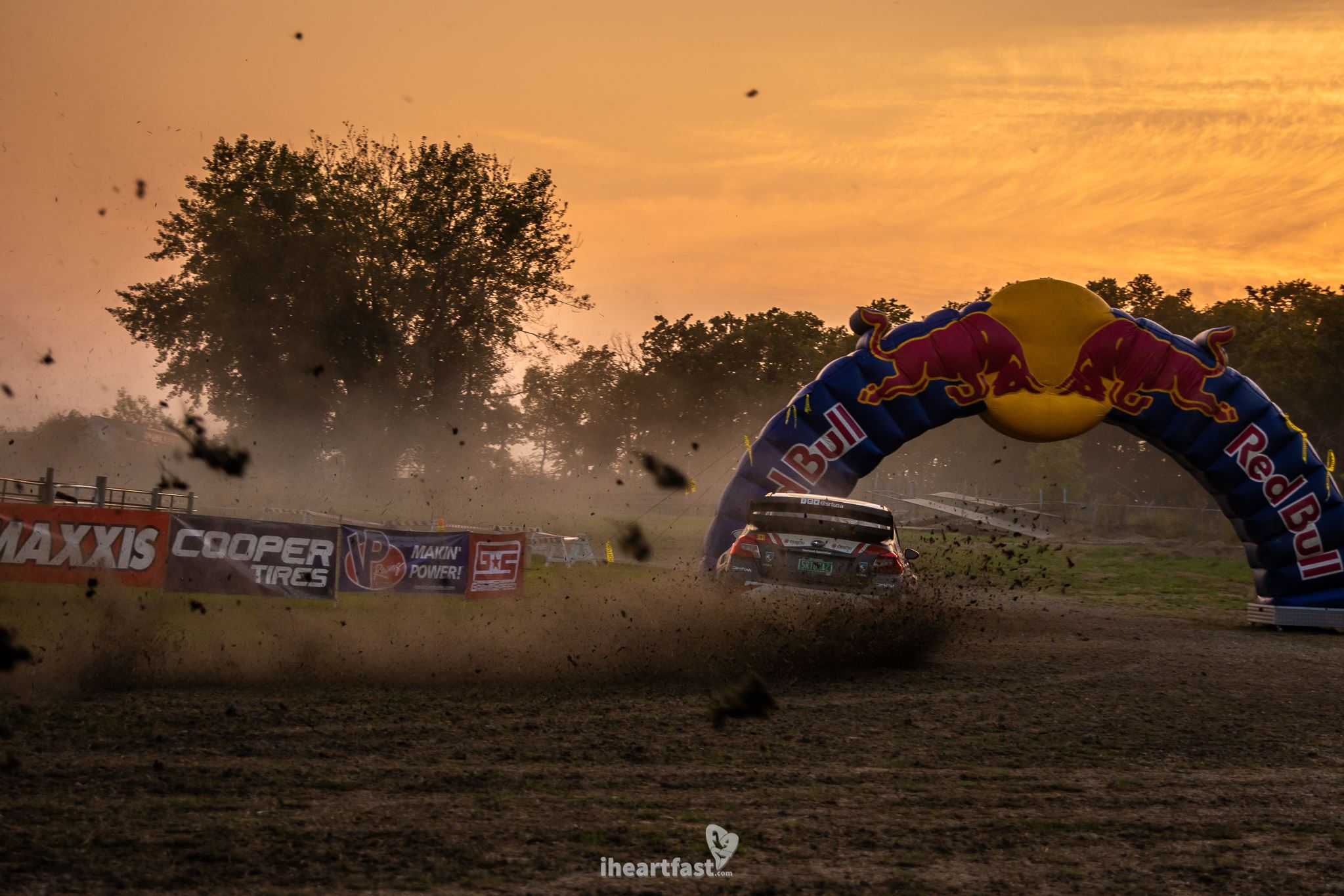 With his Subaru back together, Pastrana and Durant showed why they were last year’s champions, setting top stage time after top stage time. 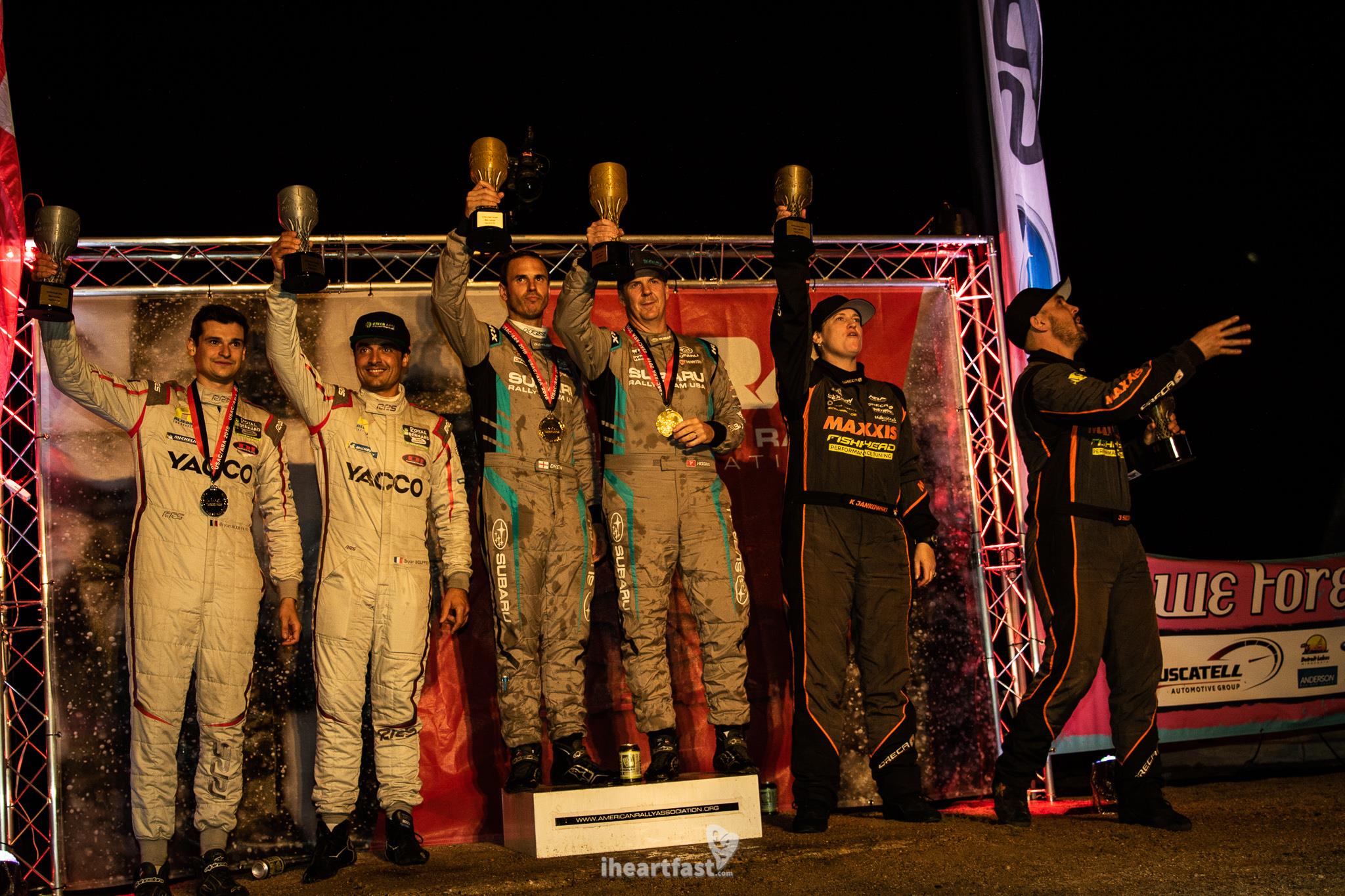 At the end of the day nothing had changed at the top of the standings. David Higgins and Craig Drew maintained pace and held off Bryan Bouffier and Florian Barral for the overall win at Ojibwe Forests Rally. The privateer team of Jeff Seehorn and Karen Jankowski snagged another podium finish and a class win, keeping them in the hunt for the championship. 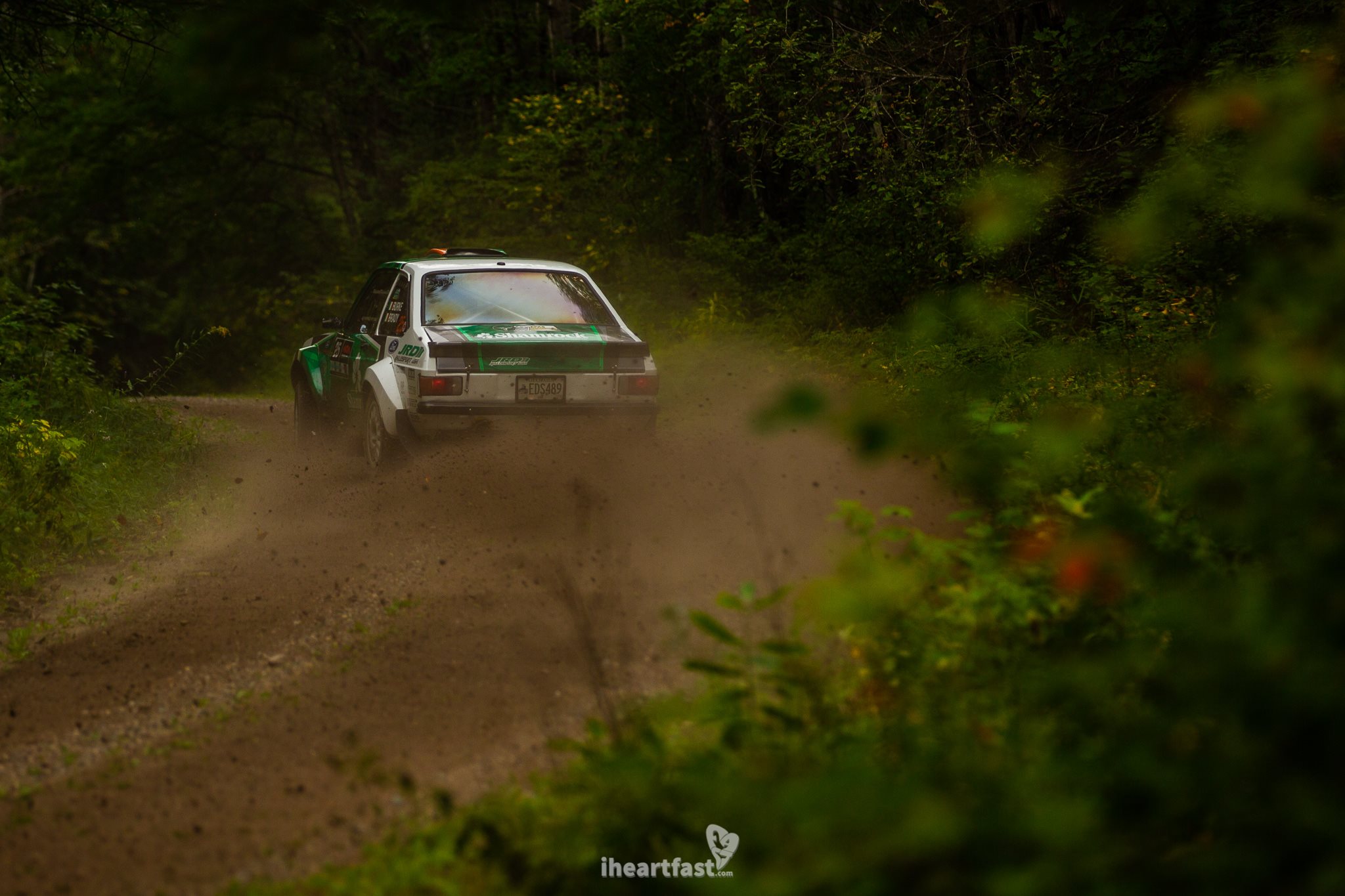 Seamus Burke and Martin Brady in their Mustang Powered JRD Rallysport MK2 Escort took home their 3rd consecutive 2WD win over the BRZ of Erik Potts and Claudia Pullen. Rounding out the 2WD podium were Keanna Erickson-Chang and Rhianon Gelsomino in a Ford Fiesta R2. 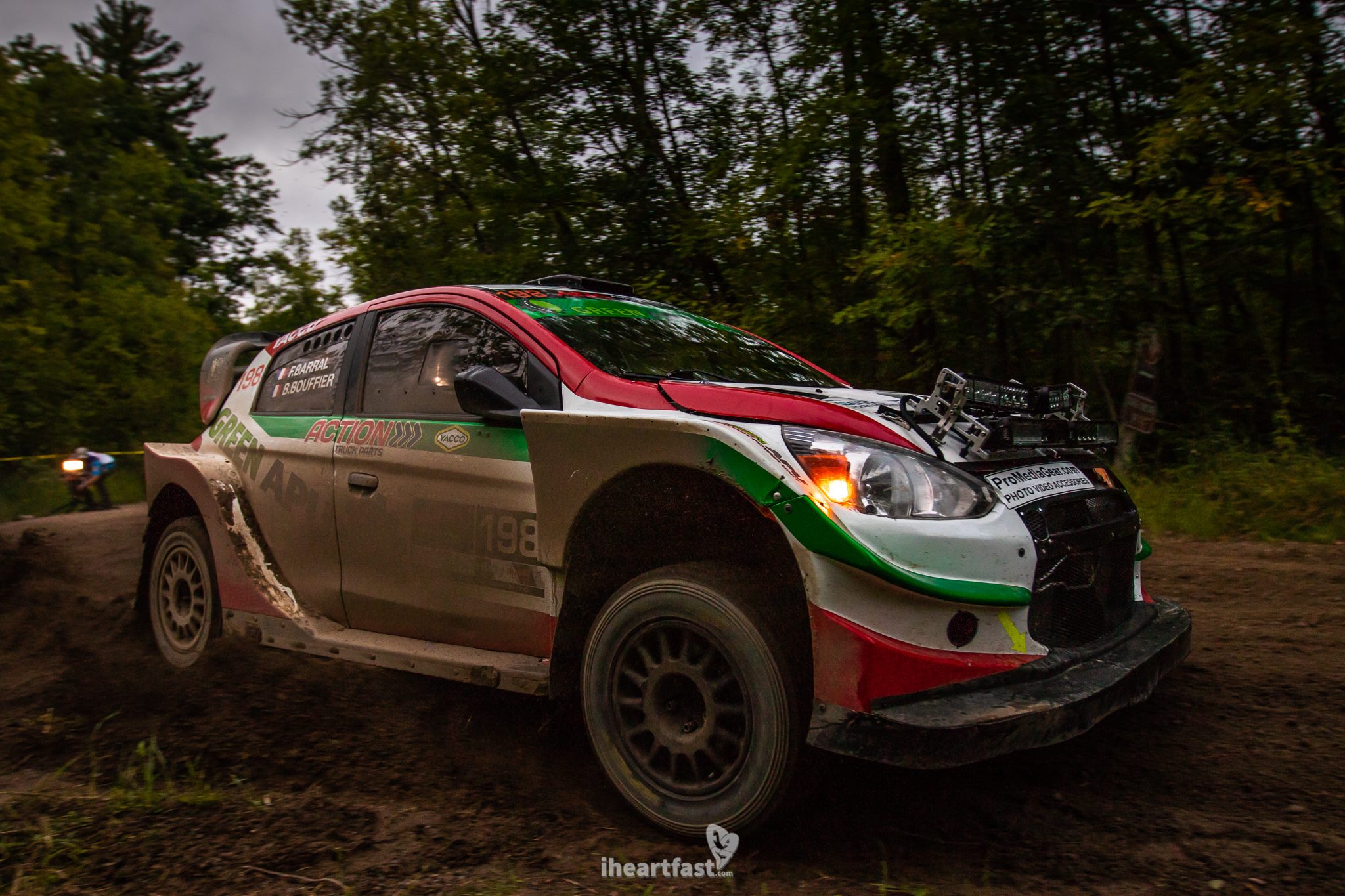 Next up on the American Rally Association schedule is a stop in Idaho, a new event on the ARA calendar.